The Invasion of Dollar Stores on the Grocery Sector

Dollar stores are a well-known entity in Canada. The first store was a Dollarama that was introduced in Quebec in 1992. Two and a half decades later they have become a household name with over 1,200 locations nationally. One of their newest locations is my hometown of Streetsville. It is projected in a few years Canada will likely be home to more dollar stores than Sobeys and Metro stores combined. 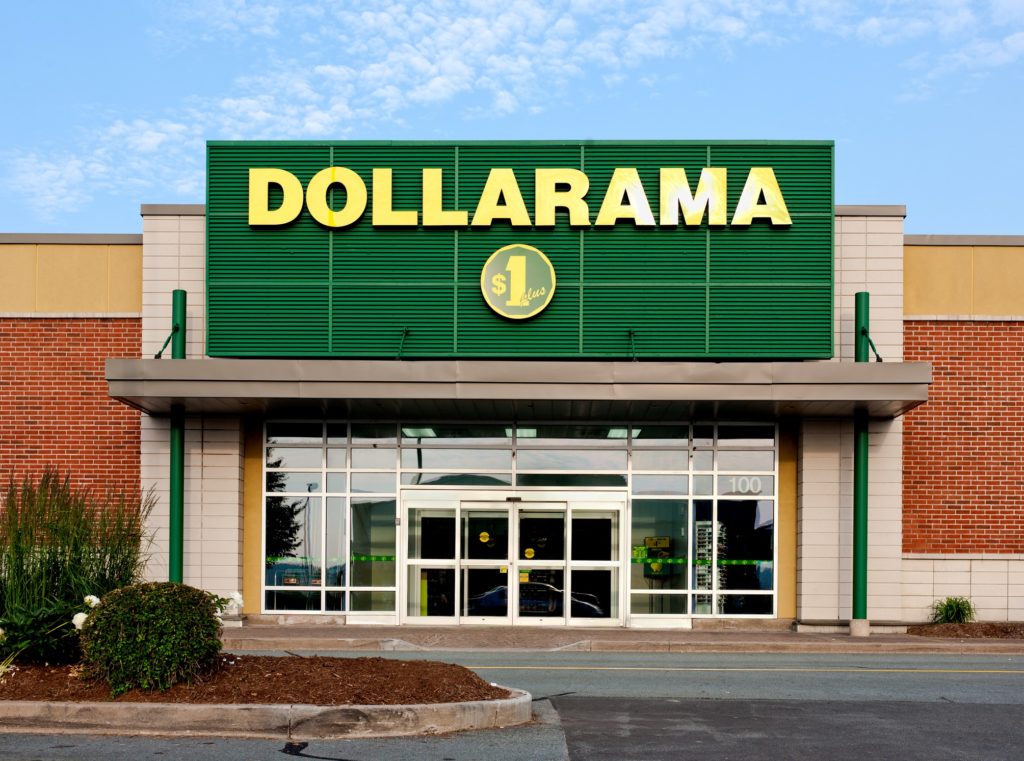 Welcome to The Invasion of Dollar Stores on the Grocery Sector!

Today there are over 1,700-dollar stores across Canada that sold close to $2 billion dollars worth of food products this past year. That number is projected to reach $3 billion dollars by the end of 2020.[i] Whereas traditional grocers are experiencing growth rates of 1%-2%, this past year dollar stores experienced a 12% growth rate. Their sales growth is reflected in having stolen market share from traditional grocers as outlined in Chart 1. [ii]

Dollar stores’ old bargain-based reputation is now more about value and variety, expanding their reach among consumers. The face of the dollar store shopper is changing and becoming more affluent as outlined in Chart 2. Today, household incomes above $70,000 account for 40% of dollar store sales. Over the past 5 years, dollar store shoppers with incomes exceeding $70K or more increased by 4.9%.

The stigma of shopping at the dollar store is a thing of the past. In the US, more than 60% of Millennials, and 80% of Gen X and Baby Boomers are shopping at dollar stores regularly.[iv] Over the past year Canadians have made up to 120M trips to dollar stores resulting in an average basket size of $156 per household which represents a 26% increase compared to 2015.[v]

As noted by Helaine Olen with regards to the growth of the dollar stores, “What makes this particularly noteworthy is that this growth is occurring in an economy that’s growing. Unemployment is low. Household incomes are finally beginning to move up. Yet many people still feel so under pressure they are turning to dollar stores to stretch their household finances.”[vi]

Major food brands sell their products through dollar stores. A first food purchase in a dollar store might be on impulse but return visits to save money tend to make the dollar store a destination.

[i] Grocery Stores May be the Next Victim of Dollar Store Invasion, www.windsorstar.com, January 2020

[vi] Dollar Stores Understand the Age of Inequality Better Than any Other Business, Helaine Olen, December 2018