Much has been said about the emerging millennial consumer and the impact they will have on food sales. Were you aware this generation makes up the bulk of Canada’s work force today? In fact, this is the same group that is known to have played a major role behind the resounding Liberal Party’s victory in Canada’s 2015 Federal election. So who is this consumer, why are they so important and how best to engage with them at the point of interaction?

Millennials are the demographic cohort following Generation X. Most researchers and commentators use birth years 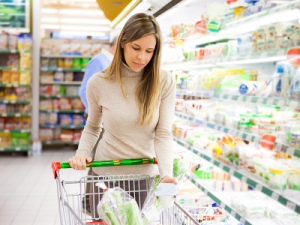 ranging from the early 1980’s to the early 2000’s to define them. Today, they are typically between the ages of 18 to 35 years old, and in 2013 they represented 27% of the Canadian population. Though they have traditionally been regarded as young upstarts barely out of their teenage years, they are rapidly moving solidly into their child rearing years. According to Statistics Canada, there will be a 5% increase in the number of children aged 4 and under and an 11% increase in the number of children between 5-9 between 2014 and 2019. Don’t be fooled. This particular consumer sector is well educated. According to a study from the Princeton, N.J based educational testing service in 2014; Canada had the world’s third-highest level of educational attainment after South Korea and Japan. In fact some 56% of the millennial population that year had a post high school education level.

In the United States, the estimated buying power of the millennial is approximately $200B of direct and $500B of indirect spending. Utilizing the 10% rule for Canada, their estimated buying power is $70B dollars. By 2020, it is estimated their food at home spending will increase $5B annually. With food inflation rates soaring in Canada, millennials seek out grocery stores that offer them the greatest value for their dollar. In fact, some 76% of millennials claim to shop at stores that can offer them the lowest price. A recent report by BMO Economics suggests that young Canadians between the ages of 25 to 34 years old are on average richer than their parents at that age. In 2012, the net worth of households headed by someone aged 25 to 34 was $52,000.

The millennial consumers embrace healthier lifestyles. In fact, 49% of them claim living a healthier lifestyle to be one of their key goals and aspirations over the next 3 years. From a food manufacturers perspective, the top 4 aspects of the brand that drives there purchase choice includes:

Brands that speak to millennials cultivate an authentic feel in their brand messaging. As they are at the leading 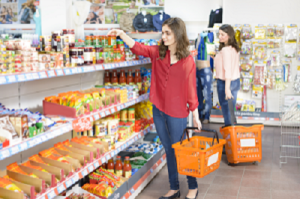 edge of mobile and social media, traditional advertising does not influence them. The top 3 most influential brands for them include: Google, YouTube and Face Book. Millennials wish to fit in and the key is to be connected. They wish to engage with brands on social networks and expect brands to give back to society. To gain their attention and loyalty, the key is for manufacturers to show they appreciate them and their business as:

2. 50% buy products from companies that understand them and what they require

3. 47% buy products from companies who care what they think.

This is an emerging consumer sector business must embrace yet struggle to connect with. Branding is now a dialogue, not a monologue. Embrace this notion and engage in a conversation with them.

So, is your brand targeting this emerging sector and do you have a strategy to engage with them?
For more help getting and staying listed in Canada’s grocery sector, connect with us through our website: www.fooddistributionguy.com or give us a call toll free: 1-844-206-FOOD (3662)