The popularity and growth of Dollar Stores in this country is a story for the ages. First introduced into the Canadian market more than 30 years ago, selling discount greeting cards and gift wrap, today they have become Canada’s fastest growing grocery channel. So, who are Canada’s leading Dollar Store chains, why have consumers turned to Dollar Stores, who is their typical shopper, and what growth have they achieved in the food sector? 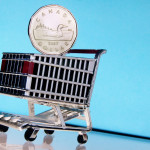 Canada’s leading Dollar Store chain is Dollarama. September 2014, they operated over 900 stores. Their expansion plans include 70-80 new stores per year with a goal to operate over 1,200 retail outlets. Their main competitor is Dollar Tree, a US based firm with over 13,000 retail outlets. Presently operating 200 stores in Canada, their expansion plans are to operate 1,000 stores. Dollarama currently controls 60% of the Dollar Store market share.

Canadian families are increasingly becoming cash strapped as they have seen their personal finance situations deteriorate the last couple of years. A new study suggests nearly one-quarter of Canadians are worried about how to pay for groceries, with more than 50 percent shifting their shopping habits amid fluctuating food prices.

As part of the same study, Nielsen segmented the consumer into 3 different shopper categories. Their research revealed “Canadian Spending Power in Decline”. Table 1 breaks down the shopper segments and the decline in their shopping power over the past 5 years.

The consumers quest to save is defining retail trends.

Though Dollar Stores sell products at various price point, those units priced between $1.00 – $1.99 still account for over half of all units sold. Table 4 breaks down their sales by price point. 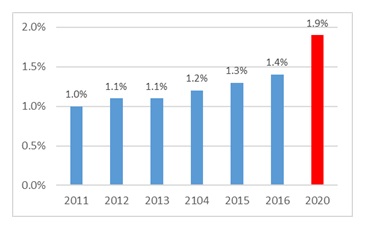 Dollar Stores as a potential distribution channel for food brands can no longer be dismissed. They have arrived and overtaken the destination place for many CPG consumers. Those brands who embrace this channel will come out ahead in the long run as today’s economy continues to sputter along. Do not dismiss them just to shelf stable foods. Though not available now, milk and cheese may become the next food categories to enter this channel as they have in US. Skeptical! Who ever thought Drug Stores would sell milk, cheese and frozen foods?

For more help Getting and Staying Listed in Canada’s Grocery Sector, connect with us through our website: www.fooddistributionguy.com or give us a call toll free: 1-844-206-FOOD (3662).