The Food Sectors Impact on the Environment

We have been learning about greenhouse gases, global warming, and climate change through the news. This past year a National climate emergency was declared by the Canadian House of Commons. It declares a national climate emergency and supports the country’s commitment to meeting the emissions targets outlined in the Paris Agreement. Though the oil sands and pipelines garner most of the attention when it comes to greenhouse gas emissions, our current food manufacturing practices and their impact on the environment must also be scrutinized. Globally it is estimated:

As is evident, food does, in fact, lie at the heart of trying to tackle climate change. Yet, according to the Center for Food Integrity, they suggest there is little evidence consumers link the consumption of animal protein to rising global temperatures.[ii] 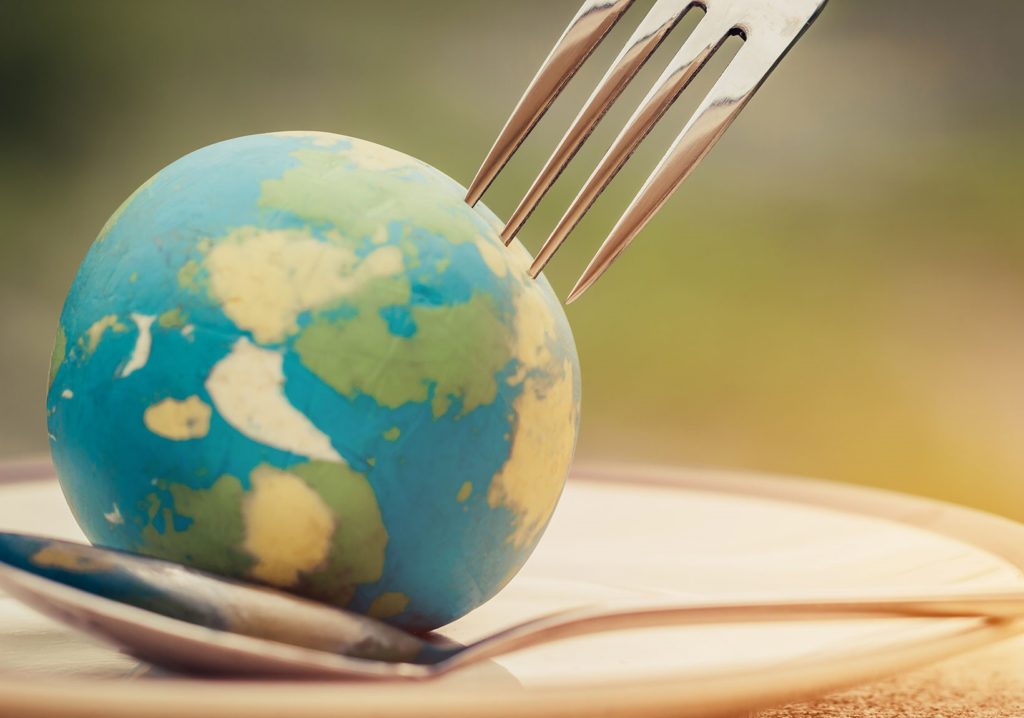 Canada globally is one of the smallest emitters of greenhouse gas emissions. Yet our entire agricultural sector accounted for close to 10% of our emissions in 2017.[iii] Much of the focus centres around the cattle and dairy industries. For instance, it is estimated a glass of dairy milk produces almost three times (3x) more greenhouse gas than any plant-based milk.[iv] Meat, cheese, and eggs contain the highest carbon footprint. Fruit, vegetables, beans, and nuts have much lower carbon footprints as outlined in Chart 1. To their defense, the Beef Cattle Research Council notes over the past 30 years the efficiency and environmental footprint of beef production in Canada have improved significantly. 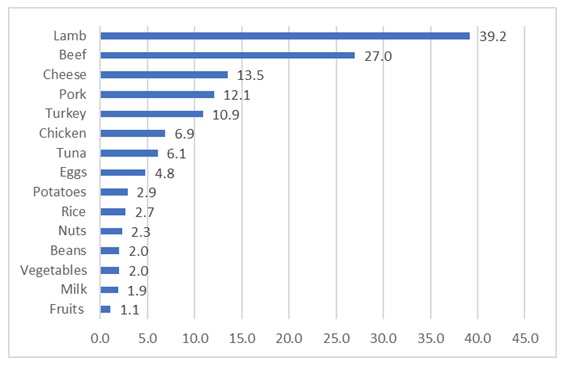 Global warming may explain the shift in our eating habits. In 2018, Dalhousie University suggested that 10% of the Canadian population now identify as vegetarian or vegan.[vi] Seeking to eat healthier and stop worrying about the effect of animal agriculture on the environment was a top 5 reasons why consumers have made this shift. Research reveals the carbon footprint of a vegetarian diet is about half that of a meat-lover’s diet as outlined in Chart 2. Finally, according to

Fast Company, “Americans switching from beef to plant-based patties would be the equivalent to taking 12 million cars off the road for an entire year”.[vii] 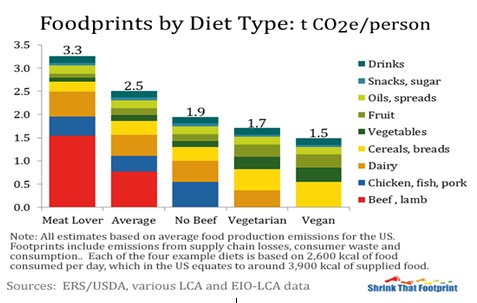 A United Nations climate report warns of irreversible damage by 2030 if society does not take immediate action on global warming. We all have a role to play to preserve our environment. Loblaw, for instance, has committed to reducing its carbon footprint 30% by 2030[ix] and Starbucks hopes to cut 50% of its carbon emissions and waste sent to landfills by the same year.[x] Seeking to reduce your own carbon footprint, as noted by Dana Hunnes in her article entitled “The Case for Plant Based”, “Eating a plant-based diet is not just good for our health; it is good for Earth’s health. In fact, “Shifting away from animal-based foods (could not only) add up to 49% to the global food supply without expanding croplands;” but would also significantly reduce carbon emissions and waste byproducts that end up in our oceans and as seafood byproducts”. [xi] The choice is ours on how we wish to act.

[i] Environmental Impact of Food and Agriculture, www.ourworlddata.org, January 2020.

[iv] Almonds are Out. Dairy is a Disaster. So, What Should We Drink, www.theguardian.com, January 2020.

[vii] Whole Foods CEO on Plant-Based Meat Boom: Good for the Environment, But Not For Your Health, www.cnbc.com.

[x] Starbucks Releases Sustainability Initiatives, But Some Activists Say it is Not Enough, www.komonnews.com, January 2020.

[xi] The Case for Plant Based, www.sustain.ucla.edu, Dana Hunnes.