GROCERY WARS: The Rise Of Cauliflower Based Foods!

Cauliflower used to be a boring vegetable that was typically only bought when there was nothing else on the grocery shelf. Typically perceived as the less colourful, less delicious cousin of broccoli, it was usually boiled and served plain, as an uninspiring side dish. Those perceptions have changed. Driven by consumers’ desire for a healthier alternative to white rice and gluten-filled grains, and those consumers adopting plant-based diets, the demand for cauliflower has grown steadily over the past few years. Grocery stores are taking notice, expanding    their lines to include more inventive products, including cauliflower pizza crust,  flatbreads and cauliflower pretzels. This past month, July 2018, Pizza Pizza introduced cauliflower pizza. 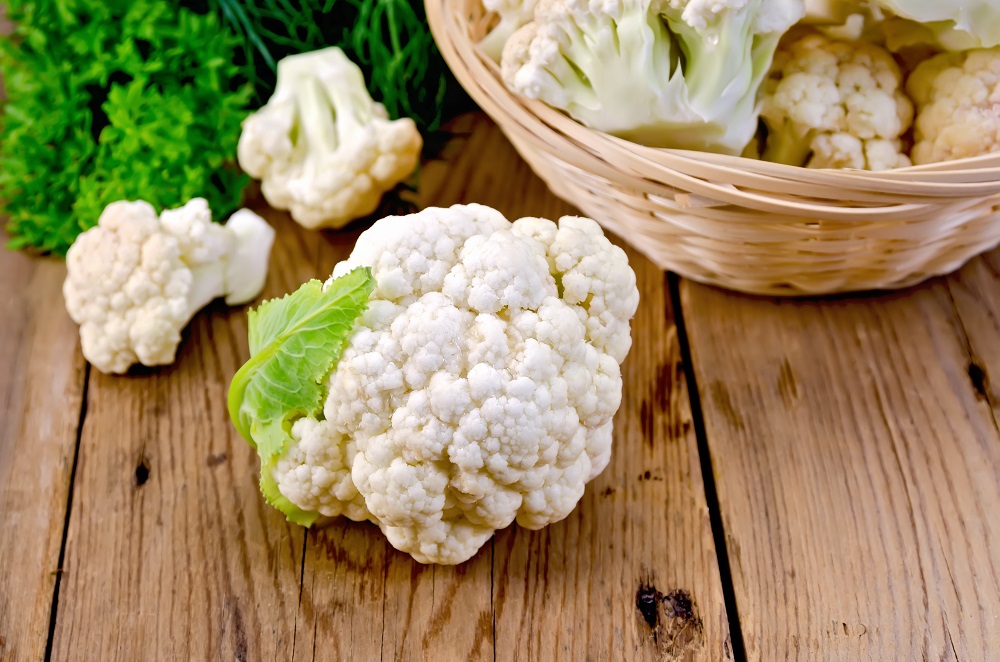 Welcome to “The Rise of CauliFlower Based Foods”.

Cauliflower’s versatility is the key to its growth. It is naturally low in calories and is considered an excellent source of vitamins C, K and, B6, as well as an excellent source of fibre and antioxidants. Vitamin K refers to a group of fat-soluble vitamins that play a role in blood clotting and bone metabolism. Vitamin B6 is a water-soluble vitamin that is naturally present in many foods, added to others, and available as a dietary supplement.  According to Thrillist, (US online media website covering food, beverage, travel, and entertainment) the vegetable can be a healthier stand-in for other ingredients by offering lower calories, lower carbohydrates and no gluten.

The increase in cauliflower’s popularity is reflected through farmers and grocery store sales. In the US, farmers sold $390M worth of cauliflower in 2016, representing a 63.2% increase since 2012.[i] According to the USDA, as new cauliflower based culinary innovations have taken centre-stage in the health food industry, the per capita consumption of this vegetable increased 38% in 2017 compared to 2016. [ii] As noted by Mr. J. Rost – VP Consumer Insights, Nielsen, “While the category of whole fresh cauliflower is growing pretty strong at 1.5% over the last year, we see that amplified by the growth of branded cauliflower growing nearly 5X as fast. [iii] In fact, according to Nielsen, there are 36 different categories across the grocery store that feature cauliflower as an ingredient with the sales of such products increasing 71% in 2017. [iv]

Though consumers between the ages of 40 to 58 are the most likely to purchase cauliflower as a stand-alone vegetable, the health-conscious consumer is most likely to purchase foods that feature cauliflower as an ingredient. As noted by Frank Barton School of Business, Wichita State University, KS – Health-conscious consumers are “Individuals who lead a wellness-oriented lifestyle and are concerned with nutrition, fitness, stress and their environment.”.

Typically, today’s younger consumers (Millennials) are the most willing to take initiative on behalf of their well-being, and they are prepared to pay premium prices if necessary to achieve their goals, as noted by Nielsen in their Global Health and Wellness study.  Not to be forgotten, do not exclude Gen Z and the influence this sector has on household purchases.

Cauliflower foods, a trend or a fad? That is up for debate. As noted by Mr. Chase Purdy in his article entitled – The Verdict Is In, The Sun Is Setting on The Alleged Cauliflower Craze, “It is time to give cauliflower a breather. Yes, it is delicious. Yes, it is versatile. No, it is not America’s next vegetable darling. Even midway through 2016, cauliflower was nowhere to be found in the top 20 list of the ‘most hashtagged’ foods on Instagram—that kingmaker of dinnertime celebrite.[v]  However, as noted by Cathy Siegner in her article entitled – Is It Finally Cauliflower’s Time to Shine? – “As long as consumers wish to limit the amount of calories and carbohydrates in their diets and opt for gluten-free ingredients, cauliflower is likely to continue its star turn as a favored vegetable and be included in more food products”.[vi] Oh, by the way, look out for cauliflower steaks in which the whole cauliflower is cut into thick slices, then brown until caramelized like a meaty steak.

[iii] Cauliflower’s Popularity Shows Shift in Way Consumers Shop & Could Point to the Next Big Thing,

[v] The Verdict is in, the Sun is Setting on the Alleged Cauliflower Craze, www.qz.com, January 2017

[vi] Is it Finally Cauliflower’s Time to Shine? www.fooddive.com, August 2018