THE RISE IN POPULARITY FOR ORGANIC FOODS IN CANADA

Organic foods are not revolutionary. Our grandparents and great grandparents probably grew up with organic foods. It is just now that we are learning more about them through the news and the latest food trends. Prior to World War II, all crops were organic. Farmers and food producers used natural methods to nurture the soil and control pests. After World War II, farmers started to use new farming techniques that included synthetic pesticides and chemicals to get rid of weeds, insects, and other pests. With today’s consumers increasingly concerned with how their food is produced the demand for “organics” is rapidly growing. With organics growing at an unprecedented pace, they now hold the title of the fastest growing sector in Canadian agriculture. In 2017, 66% of Canadian consumers spent at least some of their weekly grocery budget on organic items, a 10 percent increase from 2016. [i]

Welcome to “The Rise in Popularity for Organic Foods in Canada” 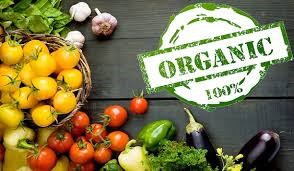 In Canada, “Certified Organic” means that a food product has been grown and made without the use of GMO’s or nanotechnology, artificial preservatives and colours, synthetic chemicals, herbicides, pesticides, fertilizers, sewage sludge or irradiation. Only those products with at least 95% organic content may be labelled as “organic” or bear the Canadian “organics” logo. These products must be certified, and the name of the certification body must appear on the label. 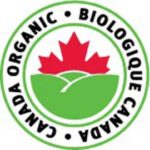 According to a study undertaken by Grand View Research, global organic food & beverage sales are projected to reach $320.5B USD by 2025.[ii] The growth in the market can be attributed to growing health concerns among consumers and the increasing awareness to the health benefits associated with organic food. For the 5-year period ending in 2017, annual retail sales of organic food and beverage products in Canada had increased 57%, topping $4.4B dollars. During this period the compounded annual growth rate was estimated at 8.4% and the organic foods market share through mainstream retailers had increased from 1.7% to 2.6%.[iii] Today, Canada represents the 5th largest consumer market for organic foods.[iv] Savory snacks and confectionary products represent the fastest growing organic packaged food categories in the United States as outlined in Chart 1.

In terms of organic foods purchased by Canadians, the three most popular categories are: [vi]

Mainstream grocery continues to be the most popular destination point for Canadians to purchase organic foods as outlined in Chart 2.

Where Canadians are Purchasing Organic Products[vii] 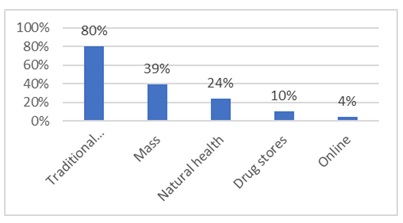 Younger consumers between the ages of 18 to 49, are more inclined than older adults to consider organic foods better for one’s health. Chart 4 outlines consumers views of organic foods broken down by age.

A report entitled “The Future of Food: Are You Ready for the Millennials” finds 18-34 year-olds are more likely than older consumers to value food features that are traditionally regarded as premium, such as “GMO-free” and “locally sourced.” Their key finding:[xii]

“Organic foods have been a huge player in this decade. They’ve transformed the way people look at the environment and encouraged greater social responsibility on the part of the private sector”. The benefits of putting foods at the center of the consumer industry are vast and varied, and they’re likely to stick around”.[xiii] As noted by Maria Rodale – Former CEO and Chairman of Rodale, Inc., a publisher of health, wellness, and environmental content:

“If you do just one thing—make one conscious choice—that can change the world, go organic. Buy organic food. Stop using chemicals and start supporting organic farmers. No other single choice you can make to improve the health of your family and the planet will have greater positive repercussions for our future”.

Does your brand stand out? Download our free whitepaper and receive our “8 Essential Steps to a Successful Grocery Store Listing”

If you have an organic product in need of listing, let us help!

[v] Retail Sales Growth of the Fastest Growing Organic Packaged Foods in the United States between 2016 and 2021, by Category, www.statista.com