Growing up it was extremely common for children and adults to experience allergic reactions.  The most common allergy might have been hay fever. Back then, the most common sandwich children would bring to school was peanut butter and jelly. Wow, times have changed. Today it is not uncommon to learn children and adults are allergic to milk, wheat and nuts. These are just 3 of the top 10 food allergens as identified by Health Canada. Bans on foods, especially nuts, have become common practice in schools, and across entire school boards. Many schools have also banned alternative nut free spreads. Welcome to food allergy and intolerance and the emerging Free-From food sector.

Food Allergy and intolerance are the adverse reactions produced by the human body to certain type of foods. Food allergy 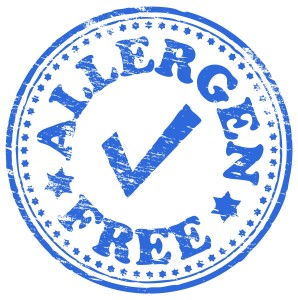 causes the human immune system to produce antibodies in reaction to certain type of foods, whereas food intolerance is less severe and does not cause an immune system reaction. Food allergies have become more severe given the rise in the number of people seeking out immediate medical help when their bodies react to certain foods.

Approximately 2.5M Canadians self-reported having at least one serious food allergy. This incidence is highest among young children (under 3 years of age). In fact, close to 500,000 children under the age of 18 have a food allergy.  The top 10 priority food allergens as identified by Health Canada include:

Gluten-free category sales forecasted to top $811 by 2017.  Close to 30% of the Canadian population avoid wheat-based products.[1]

Approximately 65 percent of the human population has a reduced ability to digest lactose after infancy.

Peanut allergy is one of the most common food allergies. Though it was once thought that peanut allergies would last a lifetime, today, studies suggest that about 20% of children diagnosed with a peanut allergy can outgrow it.

Sesame allergies may not receive as much publicity as peanut allergies, but the reactions can be just as serious. .19% of Canadian population has a sesame allergy.

Soybean allergy is one of the more common food allergies, especially in babies and children. Most children out grow this allergy by 10.

Sulphites (food additive) generally do not cause true allergic reactions. They are grouped with the priority allergens because sulphite-sensitive individuals may react to sulphites with allergy-like symptoms.

People with an allergy to one type of nut have a greater chance of being allergic to others. People who are allergic to some tree nuts generally avoid all tree nuts and peanuts because of the risk of cross-contamination.

Eggs are one of the most common allergy-causing foods for children. Most children, but not all, outgrow their egg allergy before adolescence.

The global market for free-from foods is a global phenomenon. Category sales are projected to exceed $24.8B dollars by 2020.  According to a 2011 Euromonitor report, the Canadian free-from food market is globally ranked 10th at a value of $161.3 million US.  The ascent of this sector is being driven by the rise in food hypersensitivity, allergies and the health halo effect.

The health halo affect is a key driver of uptake and has resulted in a larger group of users than the limited number of actual or suspected allergen or intolerance users. According to a study undertaken by Mintel UK, the top two reasons why consumers eat free-from foods:

As part of the same study it found:

Despite the health halo for free-from foods, Mintel research reveals that the nutritional credentials of these foods do matter as 54% of those who eat such products would stop eating them if they thought they were less healthy than standard offerings.

The free-from food sector is showing no signs of slowing down. To be considered allergy-friendly, a food must be free of the Top 10 priority allergens as identified by Health Canada. A quick survey of the food marketplace identifies a range of foods that fill specific market niches such as dairy-free, nut-free, and peanut-free. But compared to gluten-free, the number of other “free” products available in the market is smaller and less diverse. Especially true if you wish to be deemed allergy friendly.

[4] What is the percentage of people who are lactose intolerant? www.google.ca

[7]Free-from Gains Momentum: Sales of Free-From Food Products Forecast to Surpass Half a Billion in the UK in 2016,